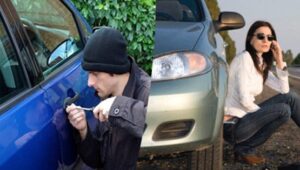 Over the past few years, the number of incidents of auto theft where the victim’s keys have been becoming rampant throughout the globe. Due to personal negligence, these incidents have become wide-spread cancer in our society; this unfortunate trend occurred because car owners and homeowners don’t take enough care about where they keep their car keys.

Car key theft has become a growing problem for every car owner. With the improvement of automobile security, thieves have taken to find a way to steal the keys rather than attempting to steal the car without them. Over the past years, thousands of motor vehicles were stolen as a direct result of thieves breaking into car owner’s houses and stealing the owner’s car keys. Having an auto insurance policy in these cases has reduced the angst that such a scenario can create. For more on that take a glance at this website: www.eaglelocksmithservice.com

Keys that are left in view–close to doors or windows–have become easy targets for thieves. Frustratingly, most car keys are stolen in sneak-in burglaries where the entry has been gained through unlocked, unattended doors and windows. Having your home burglarized is traumatic on its own, but when it is compounded by thieves stealing car keys, using your car as a getaway vehicle together with your stolen property it is deeply disturbing.

Fortunately, there are some steps that homeowners can take to reduce the risk of becoming a victim of this type of crime. The simplest way to avoid being victimized by theft is by locking your door as soon as you get into the house or right after you leave. A homeowner must be vigilant, responsible, and careful upon leaving and arriving at the house. Always make sure that your windows are locked and should not be left unattended.

Don’t be over-confident by leaving your car unlocked just because it is parked in your alley or driveway. Always keep your keys in drawers, on shelves, somewhere that is out of sight to thieves. Never leave your car keys in view near the windows or doorways.
If these tips are followed by car owners, the probability of their becoming victims of theft will vastly lower.